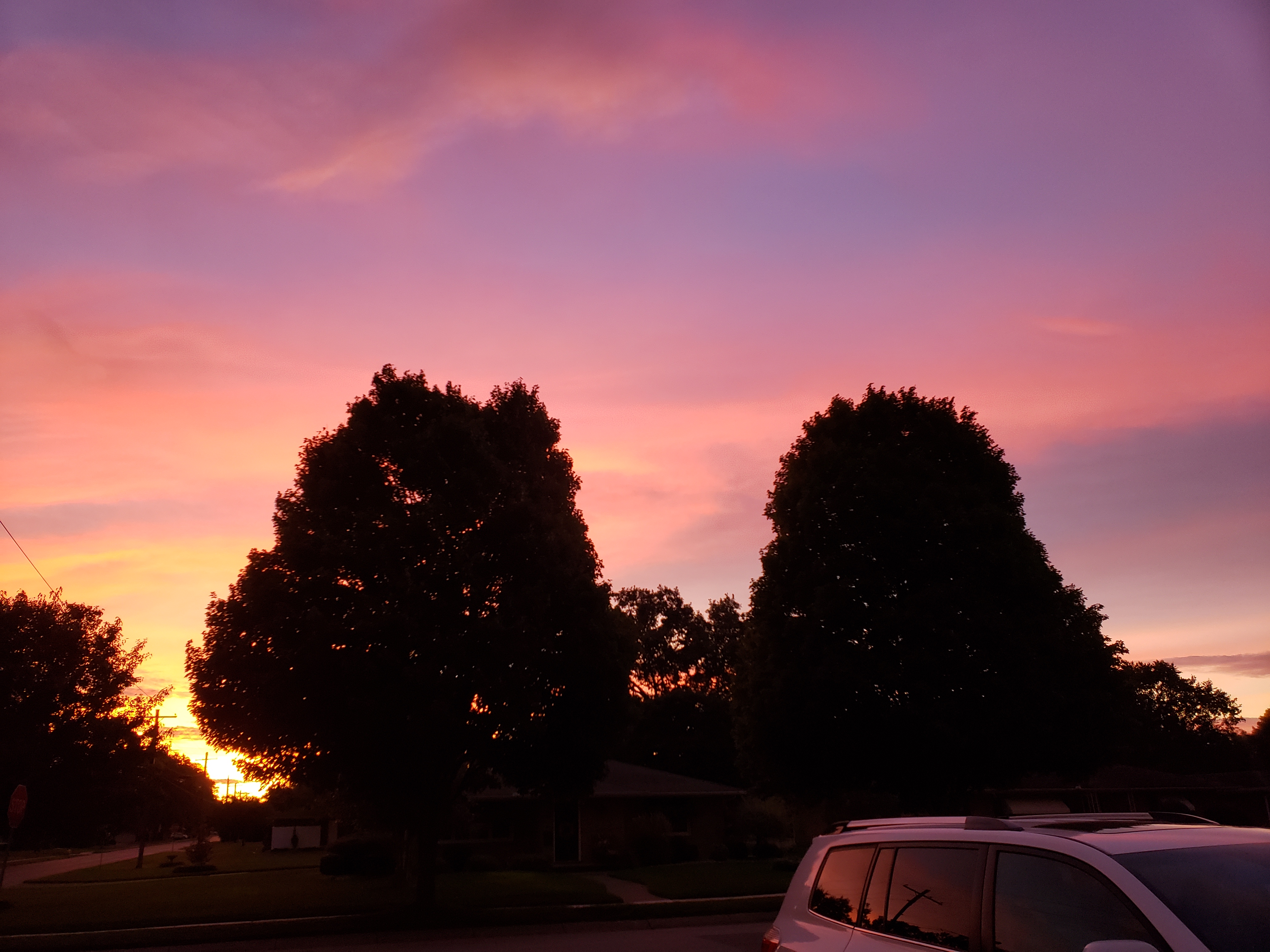 I don’t know about you, but I think this year has gone by quickly! The grains of sand are rapidly shifting down the narrow neck of the 2019 hourglass. The past year is heaping higher, and the little granules left seems to dwindle.

According to the calendar, autumn is officially here, but we here in Northern Indiana would not have believed it before today; it has been unseasonably warm.   I love the warmer temperatures, but almost everyone I know appreciates the cooler air.

The leaves on the trees are turning, and the squirrels that we might see around are moving more acorns up to their little dens in the trees. Children are back in school, and as the wind carries their little voices, we can hear them playing on the playground.

The evening air is filled with campfire smells, and we can see the friendly glowing gatherings in back yards all around.  Yes, we have a few short weeks before the precipitation will be measure by inches of snow rather than inches of rain.

This year has been busy for us. Wanting to downsize, we decided to move to a different address. There was a lot of preparation for such a move. We had to update the interior of our old house and fix those things on our ‘honey-do list’ that we all seem to have but never the time to do them.

Not sure where we would end up, we had an idea of the area we wanted to be, and how big [small] of a place we wanted to call home.  The problem we kept running into was that sites were selling within days [sometimes hours] from the time it was listed. Truthfully my husband got a bit discouraged and almost gave up.

Daily we would pray: “Lord bring that special family here what would be blessed by our home [the one we were selling]. And though we don’t know where you would lead us, Lord, we pray circle that address we are to move to.”

I base this prayer on the scripture that I have read many times in my bible.

Acts 17:26 TPT   From one man, Adam, he made every man and woman and every race of humanity, and he spread us over all the earth. He sets the boundaries of people and nations, determining their appointed times in history.

So in my heart, I believe this not only indicates that I am here on earth ‘such a time as this,’ but I am occupying the ‘boundaries’ that HE predetermined I would be inhabiting. To our much delight, we found the little house on the corner [which is precisely what my husband wanted] with a for sale sign. Weeks later, we moved, and we are syncing into our new ‘normal’ routines.

With the belief of the above scripture, I found myself asking; ‘What is it that I am to bring to this new address, Lord? What is my assignment in this neighborhood?’

Earlier in the summer, I heard a new sound when I had gone for a walk. Drawing my attention to the source of that sound, I sensed the Lord impress on my heart: THERE IS A NEW SOUND. That phrase has resonated in my heart since then. So when I asked Papa God what it is that I was to bring to this new address, I almost brushed off HIS answer: A NEW SOUND because Like I said, ‘a new sound’ has been on my heart for months before our move.

For some time now when I go out for a run or walk, I tell myself that my heart beats the name of Jesus. And when I exhale, even though I may not say a word, my breath praises the King. My being is as unique as my fingerprint.

So after thinking about the answer I had gotten, I realized; Of course I bring a “new sound,” not only my voice but my whole being. The way I think, the way I believe, the way I speak, the way I live – it is all a NEW SOUND!

Pregnancy Centers: Why I Serve