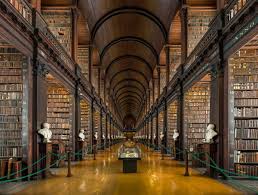 Malachi 3:16 Amplified Bible
Then those who feared the Lord talked often one to another; and the Lord listened and heard it, and a book of remembrance was written before Him of those who reverenced and worshipfully feared the Lord and who thought on His name.

This verse reminds me of a dream that I once had. I was talking to a group of people and I saw my words flow up to the heavens. In the heavens I saw a huge library lined with more books than I could even begin to count. These books were all shining almost glowing. Then I saw a book suspended in the air, and it was opened to a page that was being filled with a gold script. As I followed this gold ribbon with my eyes to find its source, I realized it was my very own spoken words. I was talking of God’s grace on my life and how He has blessed me beyond my wildest dreams.

SO, just think God is recording our spoken testimonies. I would hope and pray that we all have many books in HIS majestic library.